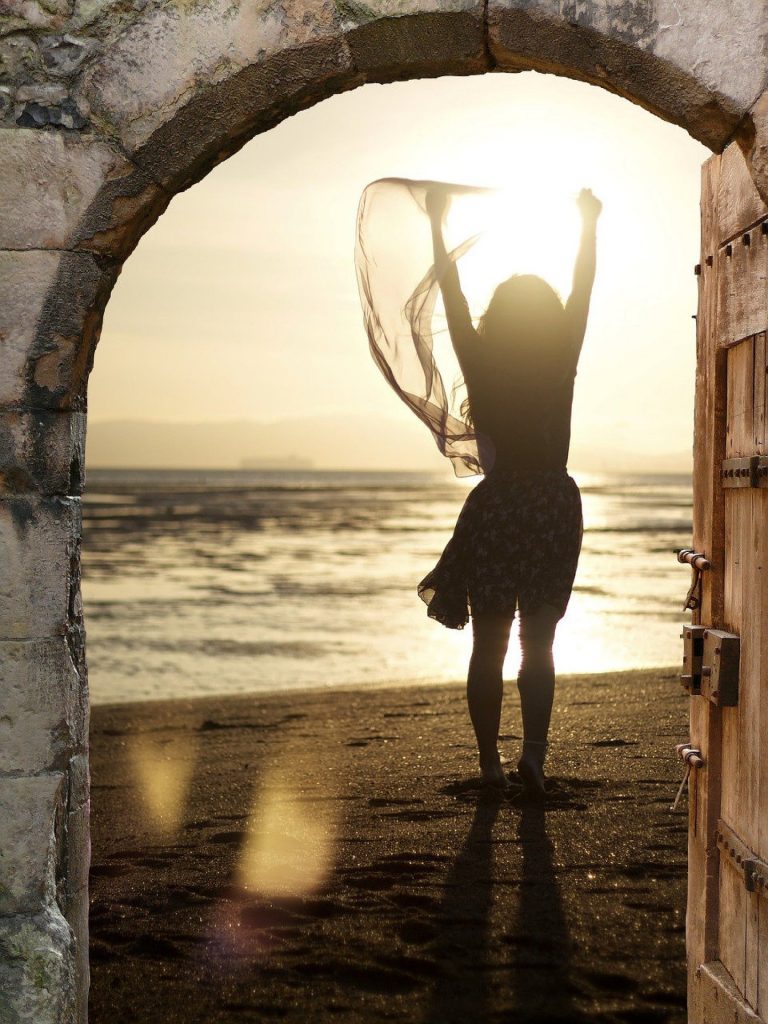 13 NovWhat’s possible on your doorstep?

This is the 2nd blog of this series ‘Dancing with Complexity’ where we explore the possible instead of the forbidden in these times. This blog was written by a friend of Gerry’s – Gerard O’Rourke and it focuses on wellness and the outdoors, especially in the context of the constraints we are experiencing. It’s a lovely piece charting his personal story of how he has tipped the balance in his life in favour of more time outdoors and I love how he determined the layout of his home work-space based on the moving direction of sunlight over the course of the day. For more on his walking tours feel free to check out http://stanneswalk.com.

Religiously on a Sunday I would buy the Business Papers and search for interviews with business leaders, checking out their daily routines, motivations and successes. Always a good read, I did however notice the same thread – there was never enough time, particularly for family. As successful as they were, they knew that family time missed could never be  bought back, at any price, and it always came across as a big regret. When my own children arrived I determined I wasn’t going to allow that to happen to me.

I set myself a goal and a plan to get there and, in 2015, I executed that plan. It involved me reshaping my business model and downsizing, both in terms of people and business premises. It took me 6 months to get re-setup working from home and I started in the shed at the bottom of the garden. I sat there in the middle surrounded by boxes, deciding how I wanted to spend every day in my new domain. The rising sun coming in from the East and moving South over the course of the day played a major role in deciding where most things ended up in the new layout.

Walking the children to school every morning is something I will cherish for ever. Not that every morning was a fairy-tale but, as a parent, it felt for me like a really important journey. Afterwards, I’d be back at 0830hrs down the garden in my man shed, with freshly brewed coffee, ignoring the ubiquitous traffic reports. I realised, however, that having made the dream a reality, I needed to populate it.

Living close to the Bull Island I had always admired the year round swimmers so I decided that this should form part of my daily routine. I headed down every day, an hour or two before high water, and was soon welcomed into the sea swimming world on the North Bull Wall. It didn’t matter who you were, what you did or didn’t do, you were just another soul swimming in the open water doing your thing.

The daily chat was mainly about the height of the tide, the temperature of the water (sometimes the colour) and the hope that we would see each other again the next day. Every day was different, the sea is never the same and yet it  always delivers that most incredible release of endorphins after you’ve been in the bracing water (‘the deadly buzz’ as we say on the Northside!).

I had set myself a 3-year plan to reach certain work related goals in my new world and worked hard at doing my best to put them in place. When that 3-year deadline came closer I felt there was something brewing, that I wanted to experience something new. I had no idea what it might be but was confident it would present itself. I was living the dream as they say, but I was spending a lot of time at the bottom of the garden alone and wanted something more. While I was in total control of what I was doing I still found myself having to conform to the world of routine work practices that we all grow up with and often find it hard to break from – both culturally and societally.

And so I ended up organising a sponsored school walk for my kids’ school and decided to make it a historical tour around St Anne’s Park (formerly Guinness Family Estate). I noticed that Dublin City Council (DCC) had spent €000’s restoring Follies and laying walking paths and the place looked really great. The children knew nothing about the park, the teachers likewise, and yet everyone loved the walk and were taken aback at the wonderful history attaching to the Park. I decided to do some research, found some archived materials and spent a week reading through it and learning it off, like it was my Leaving Cert. History Exam.

I then applied for a permit from DCC to conduct Walking Tours and now I had the new dimension to my day which I’d been searching for, namely, as a walking the park Tour Guide and, best of all, on my terms. I always liked history and I think as a kid I fancied a job as a park ranger, too much Yogi Bear TV maybe!

Discovering your locality with others, telling them what you know, listening to their version of events (never as good as mine, I reckoned!) while walking 5km in a beautiful tree lined park in ever changing seasons, followed by a coffee and chat, with everyone going home happy, felt like time really well spent.

Then, a couple of years ago, a time slot opened up on a Saturday morning for me as the kids activities moved to later starting times as they got older and I decided to join the Parkrun movement . It was a struggle at first, trying to get myself around a 5km course with my times recorded. As with everything though, when you persevere, it gets easier and Saturday could never be the same without the 0930hrs Parkrun, with 500 other souls, getting to know many of them, supporting each other, racing and pacing and, at the end of the day, just having good fun.

This lead to a new obsession with running and, at 50 years old, recording a PB at 5mile, 5km, 10km and Half Marathon. Another whole new world opened up and, with it, the privilege of participating in  Mick Clohisey’s (Irish Olympian Marathon runner) Run Class every Thursday morning  in St Anne’s, open to all levels. I have to say that a highlight of Parkrun for me happened one Saturday morning as I was lining up on the start area and, suddenly realised, the great Sonia O’Sullivan was standing beside me (not for long mind you).

COVID19 has brought with it a lot of stress, both economic and emotional, into people’s lives. A lot of people have reached out and found solutions in their localities and possibly surprised themselves in the process. I think if you’re looking to find something to support yourself/family/friends/colleagues from a Wellness perspective you don’t need to look too far.

Looking back at the last 5 years I can say without doubt that being Outdoors can never be over-estimated. A legend from Raheny Shamrocks AC, Pat Hooper, would always tell us that  the hardest part of running was getting past the hall door. My experience is definitely one of just getting outside, having a look around and finding within your community – wherever it might be – all the opportunities that are available to us.

An open mind and willingness to try something new will go a long, long way. And that something new can be walking, running, cycling, swimming, getting a dog, outdoor yoga, Parkrun – you get the idea! It feels like I had the outdoors of D3+5 to myself for a number of years and, as we say, the genie is now out of the bottle. This is great news though. I sincerely hope that when the new normal arrives – in whatever shape it takes – we won’t default back to the old norms but, rather, will continue to enjoy the gift of nature on our doorstep and maintain and nurture our individual and collective Wellness through a real connection with the Outdoors  (I am willing to share :)).

If you would like to hear more from us, why not try our November Podcast: ‘Dancing with Complexity’. This podcast introduces this series of blogs.