What has experimentation got to do with leadership? 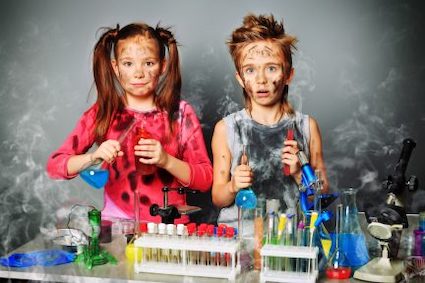 This is the 4th blog in the ‘Dancing with Complexity’ series. This one is about how we can experiment around the edges to make progress on the challenges we face. It can even be a little fun as we design experiments and bring curiosity as we explore the outcomes.

As I started to write a blog about experimentation, I asked myself the question, what has experimentation got to do with leadership. I intuitively knew they went hand in hand, but this caused me to step back a little and break it down and also see how we can make it a little fun.

If you have been following any of our blogs or have read our website, you know we talk a bit about complexity and adaptive challenges. Essentially, we see leadership as the act of tackling messy changes to make things better. Complicated, clear-cut challenges can lean on expertise for resolution, but what happens when the challenges we face go beyond complicated and are ones we haven’t faced before? Perhaps we don’t even understand what the challenge is, not to mind the solution. This is where experimentation comes in. In those cases, we don’t know what will work, so we need to try things out. Jennifer Garvey-Berger calls these ‘safe-to-fail experiments’. We are not making one big bet on an experiment, rather we are tinkering around the edges, trying things out, seeing what we can learn and potentially nudging the system into a better place. We may run multiple experiments, some of which are contradictory to see what gains traction and what doesn’t.

The word experimentation here may conjure up images of white coats, labs and test tubes! In the context discussed here, experimentation is more about the preparedness to try something new, learn from the experience and not be afraid to fail. It’s more, perhaps, a breaking of the test tube than a blowing up of the lab!

I remember years ago leading a systems conversion project in a French bank. The purpose of the project was to convert data from an old system (older than me) to a brand new system (that was still a work in progress). It was fraught with issues and there were no technical experts who could resolve the situation easily. We worked for a year to get data from one system to the other, discovering issue after issue. The data was messy, the new system wasn’t ready and the server power was insufficient to churn the data. The effort was pain-staking and never ending, and we failed for months to get even one customer contract transferred on the test system. Morale was in the pits. The situation was further complicated due to the fact that the bank was a joint venture going through a messy divorce and both parties were involved in the project.

I could only focus on the bits that I could influence. My people skills are better than my technical skills and I’m visual, so I created a montage of sorts on a wall to represent the progress we were making. The wall became the focus of attention and by the time some contracts were converted on the test system, each contract number was posted on the wall with celebratory cheers. The dynamic shifted and became more hopeful and people from other parts of the project could pop into the room and see how things were going visually without being in fear of asking. This experiment only lasted a few weeks unfortunately. I had been assigned to the programme for 12 months and this time had passed and I was reassigned back to a project in Dublin. Ultimately, this part of the project was rightly canned due to the level of complexity in this case.

Whilst the project itself failed, we learnt lots along the way. It was definitely a complex, messy problem, with many conflicting stakeholders. I will remember it as a significant learning experience, but mostly I will remember what I learnt in terms of my experiment with the wall! This story is from the early 2000’s before the days of fancy dashboards. I wanted to do what I could to lighten the atmosphere and this was in my new language a ‘safe-to-fail experiment’. I wasn’t aiming to resolve issues between the two key stakeholders, or indeed resolve the heavy technical issues, but what I could do was tinker around the edges with an experiment to ensure a clear sense of purpose and hope to make progress. If it failed, I might look a bit idiotic, but then I was a foreigner so could get away with it! If it succeeded, I might just be able to raise the spirits, so if this project was actually do-able, we could make progress.

Jennifer Garvey Berger has a 3-minute video on safe-to-fail experiments which is well worth a watch. In summary she says we should:

We conducted a small survey of clients and colleagues to understand what has been going on in this space since Covid began and all those who responded remarked on some level of experimentation, particularly in relation to home-working, engaging with teams and engaging with clients virtually. One client described how this time has in fact ‘been like one big experiment’. While the fundamentals of their offering hasn’t changed, the methods of engaging with clients had and he described how they were ‘figuring it out together’ with clients, leading to greater trust and more productive relationships. Another spoke of how they tried to tune their marketing campaigns into how customers were feeling and what they needed at different points in time. This sensitivity to customer needs resulted in acceleration of digital adoption in that organisation.

A colleague recently remarked to me that whilst in these days of lockdown, there may be high-stakes for businesses, the times are less risky for conducting experiments. So much has changed that there is a greater acceptance when things don’t go perfectly, so why not use the opportunity to experiment at the edges and have a little fun at the same time. The key thing for me is remembering that this is not about success or failure, rather it’s about what we learn from each small experiment we conduct, which may enable us to make some progress in a messy situation.

If this resonates with you and you’d like a thinking partner to help you explore a business experiment you are considering, feel free to get in touch for a no-commitment conversation. We would enjoy exploring it with you.

If you would like to hear more from us, why not try our November Podcast: ‘Dancing with Complexity’. This podcast introduces this series of blogs and gives you a flavour of others in the series.